Last month, the House passed legislation intended to repeal and replace one of the Obama Administration's signature legacies: the Affordable Care Act, or ACA. Most analysts believe the bill, called the American Health Care Act, or AHCA, faces a very uncertain future in the Senate, which hasn't formally begun debate on the bill.

AHCA has been controversial since its inception. In its first incarnation, House legislators took the bill off the floor, once it became clear it didn't have enough support. While revisions allowed the second incarnation to pass the House, the vote was tight and many accused the new bill of inadequately protecting people with pre-existing conditions.

Right now, much of the conversation regarding the health care bill has revolved around rising premiums under ACA and the efficacy of AHCA, which in its first incarnation would have left 24 million people without health insurance (according to the Congressional Budget Office, which has yet to publish analysis of the bill in its new form).

"Whenever you have something as complicated as health care, you’re going to have winners and losers. And rather than talking about what’s best for the greater good, we’re still stuck in what’s best for this group or that group, and that really is what makes things difficult to move forward," says Barbara Zabawa, head of the Center for Wellness Law and a professor at UWM's College of Health Sciences.

Zabawa agrees with analysts who believe Trumpcare, another term being passed around for AHCA, will undergo many changes when it reaches the Senate. She feels it's like that Senate revisions will create a bill that merely builds on existing legislation. "I think ultimately there will be some fixes to the Affordable Care Act, that will be labeled Trumpcare," she explains.

As an expert on health and wellness law, Zabawa recently co-authored a textbook on workplace wellness programs called, Rule the Rules of Workplace Wellness Programs. The book looks at how different laws impact these programs.

"A lot of these programs collect data, and that's one of the reasons why some employees are hesitant to participate. They don't want to give up their data to their employer and they're not sure what's going to happen to it," says Zabawa.

Much of that data includes personal information about an employee's health, which can be sensitive. While new laws have been created to address some issues presented by wellness programs, many existing laws can be applied to these programs as well.

"Things like the Fair Standards Act or Worker's Compensation have been around for a very long time but there hasn't been a lot of thought given to how those laws might apply to workplace wellness," she says. 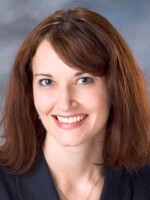