Recently, UW-Milwaukee received word that it has once again been recognized as one of the top research universities in America. The Carnegie Classification of Institutions for Higher Education, which is the national body that reviews universities research programs, announced UWM remains among the 130 universities around the country that have attained Research One — or R1 — status. It’s quite a distinction, given that there are more than 4,400 colleges and universities considered for the honor. That puts UWM in the same category of research universities as Stanford, Northwestern, Harvard and UW–Madison.

Besides seeing its status as a top tier research university renewed, UWM was also selected as one of two universities to receive a national award for the accomplishments of undergraduates engaged in research. That’s the topic of this week’s UWM Today program. Joining us in the studio are Nigel Rothfels, director of the Office of Undergraduate Research at UWM, and Rebecca Willer, a senior in communications sciences and disorders who won one of the Senior Excellence in Research Awards. 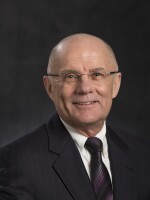