From NPR News this is ALL THINGS CONSIDERED. I'm Robert Siegel.

And I'm Audie Cornish. A few months ago, amid raging civil war in Syria and political turmoil in Turkey, there was another overseas story also making headlines. Bob Garfield, co-host of the program ON THE MEDIA from NPR and WNYC, was intrigued by what he saw. The story came to his attention during a full hour broadcast from ABC News.

BOB GARFIELD, BYLINE: The UK media event of the decade over a royal fetus? For those of us in the finding-fault-with-others industry, ABC's predictions about an over-the-top British media circus constituted an irresistible premise. So, like a Dennis Farina character in that Guy Ritchie movie "Snatch," of course I jumped into action...

GARFIELD: ...and headed straight for the headquarters of the notably un-circus like Guardian newspaper, where my feature-writing fellow traveler Hadley Freeman had already begun sneering at the hype. Sporting traces of her childhood American accent and an apocalyptic vision of neonatal nuttiness, Freeman was just what the OB-GYN ordered.

HADLEY FREEMAN: Constant speculation about the size of her so-called bump, the way they refer to her as bump or baby bump, two words that should not be put together, coverage is going to be so over the top and so disgustingly intrusive.

GARFIELD: Are secret cameras being installed? Are bribes being paid to hospital staff? What's going on at the tabloids to get the angle on this story that nobody else has?

FREEMAN: I'm personally amazed that the Sun hasn't installed a camera up inside Kate Middleton's womb.

GARFIELD: We were unable to gain access to the camera placements of the tabloids but the conservative broadsheet the Daily Telegraph did give us access to its royal watcher, Gordon Rayner, who of course rejects the notion that the attention paid the Duke and Duchess of Cambridge is either excessive or unusual. He sees it as natural and ongoing and is already looking forward to the baby's first royal junket.

GORDON RAYNER: Now, interestingly, when Prince Charles and Diana had Prince William, their next royal tour was to Australia and New Zealand, and indeed they did take Prince William.

GARFIELD: I noticed you said interestingly. Is that one of those words that has a different meaning on opposite sides of the ocean?

RAYNER: I don't think so. I think we're all interested in the royal family.

GARFIELD: All? A bold statement. So taking the question to a number of British subjects, I inquired about their furiously gestating heir to the throne.

GARFIELD: A part of the British Commonwealth. Queen Elizabeth is your Queen.

GARFIELD: So on a scale of one to ten, how excited are you about the royal heir to the throne?

UNIDENTIFIED WOMAN: Is it born yet?

GARFIELD: You haven't been following every detail?

UNIDENTIFIED WOMAN: Got other things to do.

UNIDENTIFIED MAN #4: I just heard they're going to have a baby. There's going to be a baby in the royal family.

UNIDENTIFIED MAN #4: Just heard. You just told me this.

GARFIELD: Oh yeah, it's just madness over here. But in a Paddington pub an offhand remark changed the trajectory of my entire journalistic odyssey.

There's been a lot of media coverage, I gather.

UNIDENTIFIED WOMAN #2: Yes, there has. A lot of speculation as to whether it's going to be a boy or a girl. But nobody's really put money on one way or the other, I don't think.

This is the William Hill Betting Parlor in Park Lane, where the British can bet on almost anything, including whether Kate will deliver a boy or a girl. But never mind that. Bookie spokesman Rupert Adams says there is definitely media madness going on. And this is where my story took a total U-turn. He says he's done between 100 and 200 media interviews, the vast majority not by local reporters but by media outlets back in the USA. And as for Britain somehow catching up, don't bet on it.

RUPERT ADAMS: It's 100 to 1, there is no hope that any country will be inquiring about the royal baby more than the US of A.

GARFIELD: Whoa. So from a minicab in west London, now I'm headed for Heathrow. I'm back at 35,000 feet heading for where the story is, in royal's media circus USA.

GARFIELD: Don't take a bookie's word for it. Boston University history professor Arian Churnock also knows who are the true baby bumpkins and says that when it comes to American fixation with British royalty, 'twas ever thus.

ARIAN CHURNOCK: Right after the American Revolution we see fascination with Britain - British theatre, British products, British literature. When Queen Victoria had her coronation in 1838, one editor for the New York Mirror was basically driven into an apoplectic fit because he didn't know exactly what kind of slippers Victoria had worn to her coronation. This was driving him crazy.

GARFIELD: One wonders then just how crazed, say, Barbara Walters was to score an interview with the preggers Duchess of Cambridge.

Okay. What's the weirdest thing that ever happened to you in this gig?

: There is people that do ask if they can hire me to rub my feet because it is their ultimate dream to rub Kate Middleton's feet. No lie.

: I know. I know. So I politely decline them.

GARFIELD: Now I humbly submit that is not the weirdest thing because I have seen you on an ABC News magazine being interviewed as if you were Kate Middleton.

: It was an amazing day. It's one of those things where you have to pinch yourself and just go, oh my goodness, I'm sitting next to Barbara Walters.

GARFIELD: I know, right? I couldn't believe it either. I'm Bob Garfield.

CORNISH: Bob Garfield is co-host of the public radio program ON THE MEDIA, produced at WNYC, distributed by NPR. Transcript provided by NPR, Copyright NPR. 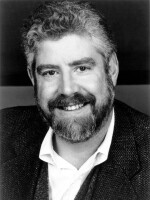