When Nichole Mittness read the news last week that Republican presidential candidate Donald Trump would campaign in her hometown of Janesville, she logged onto Facebook.

“I knew that I wanted to protest because of his hateful rhetoric that he likes to preach. So I created the event page just to put out some feelers, I had no idea of the response I was going to get," Mittness says.

The page went viral. More than 2,000 people responded on just the first day. Mittness says those responses to her suggested event - Janesville Trump Protest - have been both positive and negative.

“Specifically on the negative side, I’ve had a large number of Trump supporters who have been very aggressive - making very vocal threats on the page both toward myself and to any protesters who may show up,” Mittness says.

On the positive side, Mittness says volunteers have been helping her plan the event.

“We’ve actually been working with the Janesville Police Department, showing them screenshots of these comments: threatening people with mace, running them over with their cars, attacking people, mass shootings, things like that,” Mittness says.

Mittness says others have offered to be on hand Tuesday outside the Holiday Inn conference center where Trump will speak, including the Janesville Police Department and an organization called "Showing up for Racial Justice."

“They’ve been able to provide us with a large number of medical staff, trained peacekeepers, food and water supplies, just the basics that you need to manage such a large crowd and make sure everybody is safe, which I didn’t have by myself,” Mittness says.

Mittness didn't expect last week that she'd be protesting alongside perhaps more than a thousand others on Tuesday, but she has posted a list of guidelines for those who will take part in her event, to follow. They call on demonstrators to remain peaceful and respectful, not to obstruct traffic or interfere with Trump's rally, and to stay off private property. 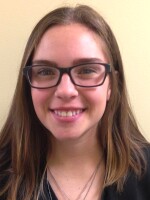