Because you are listening to WUWM, you already know the quality of the programming produced by this radio station.

On this edition of UWM Today, we celebrate a very special national award given to the station for original reporting done by the news team and Lake Effect producers. This fall, WUWM was the only Wisconsin radio station to receive the prestigious Edward R. Murrow Award given by the Radio Television Digital News Association. WUWM was honored for the ground breaking series Project Milwaukee: Black Men in Prison. The six month series provided a detailed look at the incarceration of black males in Milwaukee.

Joining us are three people who are usually accustomed to asking the questions at WUWM - Mitch Teich, Ann-Elise Henzl and Marge Pitrof. 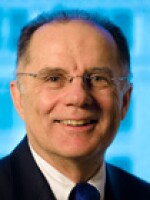