Portis announced a $25,000 donation to the organization, which is equivalent to 100,000 meals. Portis took the stage for an hour-long Q&A. During the discussion, he shared his future involvement with Feeding America and the Milwaukee community.

"Being able to come from where I come from, and to be here now, and try to embrace it; try to give back as much as we can," he said.

Portis said he hopes to bring the Bobby Portis Foundation to Milwaukee. It helps single mothers in his home state of Arkansas. Portis and his three brothers were raised by his mother.

"Back then growing up, I didn't really care about eating. I was trying to find any way to help my mom get out of the situations we was in. It wasn't really about me eating, it was more about us grinding and trying to figure out how we're going to get to the next step of our life."

Portis said he hopes to inspire people who share a similar upbringing.

"One day, they can one day be me and sit in the same shoes and talk and tell their story."

According to a Feeding America study, 25% of kids in Milwaukee County don’t know where their next meal is coming from. Food insecure populations include 1 in 4 members of the Black community and 1 in 5 members of the Hispanic community. 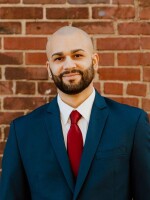