"This Most Amazing" Weaves Together Milwaukee, Italian Intrigue

This Most Amazing is set in modern-day Milwaukee, but also in Italy just before the turn of the 19th Century.

The novel is told in parallel tracks - one featuring Dahlia, a current-day poet from Milwaukee; the other an 18th Century Italian peasant named Vincenzo.

Since Benjamin is a poet from Milwaukee, you might imagine she'd have an easier time crafting that character. But she said she felt at times more connected to Vincenzo.

"Anyone, I think, who writes - that's part of the process. That you do whatever you can to really get in the shoes of someone that you're writing about. Whenever I did research or whenever I was imagining him in situations, I became him." - Jenny Benjamin

The novel, published by Armida Books, is just out. 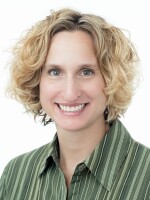 Jenny Benjamin
Jenny Benjamin is an award-winning poet and novelist. Over 30 of her poems have appeared in journals, including DIAGRAM, South Carolina Review, Fulcrum, Baltimore Review, Chelsea, and the Crab Orchard Review. Her first novel, This Most Amazing, was published in 2013 by Armida Books in Nicosia, Cyprus. Her poetry chapbook, More Than a Box of Crayons, is forthcoming from Finishing Line Press.
See stories by Jenny Benjamin
Go to Lake Effect's homepage