Playing games might be a year-round hobby for some of us, but buying games is generally a holiday season pastime. Since 2010, writer, editor and games expert James Lowder has joined us during the holiday season to share his Games to Gift List.

While older adults might have learned to games from an experienced player, many of today’s players are turning to online videos according to Lowder.

"It’s partly a generation who grew up playing role-playing games on video games," he says, "such as Final Fantasy and things like that, and want to know what the live, in-person experience — what’s this like, playing with actual people at an actual table."

This year, Lowder and Lake Effect's Mitch Teich discuss some of the trends in the game world, along with Lowder's suggestions in role-playing, hobby, family, and other game categories:

About: You are artisans summoned by King Manuel I of Portugal to decorate the Royal Palace of Evora, using the Moorish art of decorative tile. Take turns selecting colored tiles, filling rows on your work board, and then transfer a tile to your section of palace wall. The game ends when the first player completes a horizontal tile row.

Azul features simple, elegant rules but potentially complex choices, as you can select tiles to complete your pattern or to force players choosing after you to select pieces that may go unused and end up costing them points. Earlier this year, Azul won the prestigious Spiel de Jahres for the game of the year, to almost no one’s surprise. Azul: Stained Glass of Sintra is a recent reimplementation, with players serving as stained glass window designers. It features translucent pieces in place of the original’s resin tiles and some additional rules.

"Role-playing games by design are supposed to be group storytelling. So, you are creating something that is unique — you replace one of the people at the table and the story goes in a different direction," says Lowder.

About: “If you’re familiar with Stranger Things or the older show Erie Indiana, you have an idea of what this game is trying to replicate – that idea of pre-internet age kids discovering mysteries in their town and banding together to solve them and keep people safe," explains Lowder. "The great thing about the game is that it’s rules-light, it’s focused on storytelling and narrative, it’s a clever mechanic where you build the town that you’ll be playing in at the same time you design your characters. It’s focused on inclusivity, which is also another great thing for a role-playing game to do … It’s a clever little starter.”

The entire rulebook fills about 80 pages, including some terrific Heather Vaughan art and a sample adventure scenario. Character creation builds upon familiar tropes, so getting a session started is quick and easy. The players and game master also share control of a character with a special power but use of the power can be dangerous and lead to story complications.

About: "This was originally released in the late 80s as a black and white softcover, but this is a game built around Hal Foster's classic comic strip and they're gorgeous and they should be seen in color," says Lowder. "This new edition is a hardcover with colorful cover art and it's a lovely book as a book and the game itself is marvelous."

Players take on the roles of adventurers in King Arthur’s Britain, initially as knights. The game foregrounds cooperation and group storytelling, with rules that can be boiled down to a single page and a simple coin flip mechanic for resolving actions.

"You can learn this game incredibly quickly," notes Lowder. "It's a wonderful gateway into role-playing. So, if you're curious about what role-playing is, Prince Valiant is the game for you."

“A hobby game is one that demands more than casual attention," says Lowder. "There’s a strategy involved that you can pick up playing multiple times, it’s one that you’ll go back to time and again. People spend a lot of energy into figuring out the best way to play and the best strategies involved.”

About: It is a prequel of sorts for Betrayal At House on the Hill, which was released in 2004. That game is a tile-based exploration game that invites players to explore a haunted house and figure out who is the traitor among you.

"What they did with this is they backed it up ... so over a prologue and 13 episodes, you determine how the house got haunted," says Lowder.

Players represent families involved with the house over three centuries. Powers and story elements revealed in one chapter can carry over to the next. Event cards can change game components. Items can achieve heirloom status and provide better benefits for the family to which they are connected. All this builds to a version of the house with a unique history created by your gaming group.

Keyforge: Call of the Archons

About: This is the latest design from Richard Garfield, creator of the classic collectible card game Magic: The Gathering. Like Magic, KeyForge is a card-based combat game. Unlike Magic, where a deck becomes powerful based on the different cards you can acquire, Keyforge decks are powerful based on how a player uses their unique deck. Through learning each individual deck's strengths and weaknesses, a player can determine how best to play the hand they're dealt.

Players are Archons, powerful ancient beings who fight to find and unlock their planet’s hidden vaults to gain ultimate knowledge and power. In any combat, the first Archon to forge three keys is the winner.

The KeyForge starter set comes with four decks: two trainer decks, which are the same in every starter set, and two regular decks. Each regular deck has its own Archon and a unique set of cards.

About: "One weakness of co-op games is you can get sort of a domineering player at the table who designs what everybody needs to do on their turn ... this eliminates that possibility by, for much of the game, players cannot talk," says Lowder.

Four fantasy characters have been stranded in a shopping mall. The dwarf, barbarian, mage, and elf must explore the mall and swipe some new gear, then escape before mall security closes in on them. Each player is limited to a single type of move or action — one player can only shift pawns to the north, for example — and no one can talk during play except in very specific circumstances. A timer keeps up the pressure as everyone struggles to wordlessly forge a plan, grab their gear and escape before the time runs out.

About: Perfect for the Tour de France fanatics on your holiday gift list, Flamme Rouge is a cycling race game. Each player controls two riders — a roller and a sprinter — each with a separate movement card deck. Players simultaneously select movement cards and place them face down. Movement is revealed in turn, until all the cyclists have progressed.

Finally, riders with only a space between them and the bikes ahead of them can slipstream, or move up, while riders ending with only space ahead of them add an exhaustion card to their movement deck. In addition, movement cards can only be used once during a stage, so each turn includes several opportunities for tactical decisions.

"There are some really clever mechanics to it, but it's not overly complicated. It's very fast to play and quite a lot of fun," Lowder says.

Fireball Island: The Curse of Vul-Kar

About: This game started out as 1986 Milton Bradley game that was brought back thanks to a giant Kickstarter campaign. Visitors play using a 3-D volcanic island where they race around to collect treasures while the eternally angry volcano spits marble "fireballs" at the people trying to steal its prized gem.

This game can be scaled up using expansion packs for more interesting play requiring much more strategy.

"At its base, it's a great kids game ... but if you get the expansions for it, there are other things that this adds, like player powers and secret agendas ... which scale Fireball Island up from a fun kids and family game, up to the hobby game territory," Lowder says.

About: One potential fatal flaw of party games is that they are structured around a single theme or skill that may not interest everyone at your party. But Lowder says Unrivaled has challenges about all kinds of things:  "There's physical challenges, there are trivia challenges, solo challenges, group challenges; its all of them mixed together," he adds.

The challenges are novel — each team is given two minutes to write a love song about a pet, for example, and then one of the team members must perform the song. Best rendition and lyrics win. On top of this, the players get to predict the winners when the general question is read, but before the specific challenge is revealed. If you stink at a challenge, be patient because your turn to shine may come up next.

About: In Trash Pandas, players are raccoons trying to accumulate food and shiny objects from local garbage cans. The game is built around a push-your-luck mechanic — each turn players roll a die to gather tokens that can be redeemed for certain actions, such as drawing cards or stealing them from a rival raccoon. A player can keep rolling and amassing tokens, and eventually cards that are needed as victory points, but a duplicate roll will cost them most of their winnings for the turn. Cards held in a player’s hand also activate special powers.

Since a typical game wraps up in about 20 minutes, this is ideal for fidgety people or as a change of pace between more epic contests. It’s a fun and lively design, with a very modest retail price.

About: With Dungeons & Dragons expanding its place in the public consciousness, it’s no surprise that the game has garnered more serious attention of late from pop culture historians. This new volume chronicles the game’s history through its artwork and graphic design.

Inside the 450-page book, you’ll find reproductions of hundreds of pieces of art and memorabilia, including many never-before-published drafts and concept sketches. The book also includes artist interviews and gaming history. 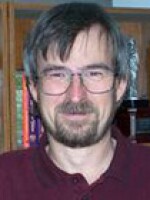