A week-long conference includes and awards cheese makers from all over the world and Wisconsin comes away with the most awards.

Madison turned into the cheesiest place in the country last week- at least for the duration of the American Cheese Society annual conference and contest.

For the 30th anniversary event, all the big cheeses were on hand - but they didn't stand alone. So were hundreds of expert cheesemakers, distributors, food scientists and writers, and other cheeseheads.

Hurt says that there were approximately 1,794 entries and around 257 cheese categories. The newest category being cheese curds and Wisconsin won first and second place.

Only 20% of the entries walk away with awards. Wisconsin took away the most with 90, California received 32, and Quebec with 23. Other states that are becoming more pronounced cheese makers include Colorado, Missouri, and Virginia.

What goes into judging all these entries? Hurt spoke with judges who taught the judging class and what it takes to place in these competitions.

Jeanette Hurt is the author of five books and contributor to two other books.   Most recently, The Complete Idiot's Guide to Wine and Food Pairing was published by Alpha Books in June 2010. Jeanette is the cheese contributor for the “Good Fermentations” segment of Lake Effect. 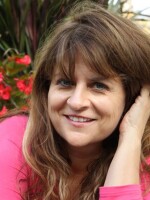