Today marks 19 years since the 9/11 terrorist attacks killed almost three thousand people and injured many more at the World Trade Center, the Pentagon, and in Somerset County, Pennsylvania.

Most of us look back on that day and remember where we were and what we were doing before news of these events would change the course of history.

Lake Effect contributor Bruce Campbell shares his experience of being in the operating room the morning of 9/11 and what has happened in the years that followed:

My colleague burst through the door of the operating room and rushed in.

“A plane! A plane just crashed into the World Trade Center.”

I looked up from where I was standing next to the operating table. My resident and I were concentrating as we worked through the operation to remove the malignant mass from a patient’s neck. The surgery had just started but the scars from another surgeon’s biopsy made the initial steps of the dissection tricky.

“A plane. I was in the OR lounge and the news switched to New York. A plane just crashed into the World Trade Center.”

I stared at him. I re-checked the surgical field and put pressure on the wound.

“So, what are they saying? What’s going on?”

He left and we went back to work. The resident and I teased out the anatomy, peeling the skin from the underlying muscles, finding the jugular vein and preserving the nerves to the tongue and the shoulder. We dissected the lymph nodes away from the surrounding tissues deep in the wound.

The door opened. “Another plane. This one crashed into the other tower.”

“They’re replaying the videos over-and-over. The first tower is on fire. Then there’s the other plane.”

He ran out again.

We lifted out some of the nodes, clearing them from the carotid artery. By placing my fingers lightly on the carotid, I could feel the patient’s blood flowing from his heart to his brain.

The door opened. “Bush was just on TV. He says it’s terrorists.”

I closed my eyes. “Please stop. Please don’t come in with any more news reports.”

We wrapped up the surgery, tying off a few small blood vessels and closing the wound. It was deadly quiet. None of us in the room had any idea what was going on, but we sensed it was bad. I lingered as the patient woke up. We wheeled him to the recovery room.

Someone stopped me in the hallway. “The first tower collapsed.”

I went to the lounge to watch with the others, then walked down to the family center to talk to my patient’s wife. She was watching the news along with everyone else. We stepped into a private consultation room so I could review her husband’s surgery. We returned to the waiting area where I stared at the television with her for a few minutes. The scenes of smoke billowing from the towers and the slow-motion impact of the second plane were playing over-and-over.

Everyone in the hospital looked dazed. News reports flashed about a plane crashing into the Pentagon. Another plane had reportedly crashed in Pennsylvania.

I wondered: Were any of my New York friends killed? Would New York and Washington, DC hospitals be overwhelmed? Many of my partners were at a meeting in Denver. Were they okay? The airports are closed. How will they get home? Were more attacks imminent? Were we all in danger?

I walked back to the recovery room where my patient was waking up. I told him that the surgery had gone well. He smiled and dozed off. He had gone to sleep in one world and awakened in another.

Despite humankind’s overwhelming capacity for kindness and compassion, we also seem bent on senseless, self-inflicted tragedy. The numbers of people killed during wars and atrocities are incomprehensible. 450,000 died in the American Civil War. Approximately 85,000,000 died over the course of WWII, including the single-day death tolls of 1,177 at Pearl Harbor, 145,000 in Dresden, and 60,000 at Hiroshima. Millions have died in wars about which we never studied in school. The death tolls from slavery, racism, and brutality cannot be measured.

Survivors beg us to remember the stories, but their voices soon fade. Nineteenth Century Americans were exhorted to, “Remember the Alamo!” and reminded to “Remember the Maine!” as the country waged wars with Mexico and Spain. The survivors of those cataclysmic events - and many others - are long gone. Their appeals fail to stir us. After each moment of outrage, our collective and personal sense of innocence and the illusion of normalcy returns. Our hands return to our daily tasks. We turn away and forget.

Still, I was shaken hard that morning. I will never understand why 3000 people were killed that day in New York, at the Pentagon, and in a farm field in Shanksville, Pennsylvania. I mourn the hundreds of first responders and clean-up workers who were sickened or died. I despair at the subsequent thousands of dead civilians and soldiers and the millions of refugees. The gnawing emptiness in my gut during the weeks that followed mirrored the emptiness of the skies devoid of planes. Yet, the aftershocks faded. Soon, even when I tried, I could no longer evoke the depths of despair that were once so real.

For several years, the patient on whom I operated the morning the towers fell continued to come for follow-up visits. I was happy to see him. I would examine his neck and make certain his cancer had been controlled. We always spent part of the appointment reliving our shared, indelible experience.

“Do you remember?” we would ask each other.

Eventually, though, there was no need for him to return. No more annual visits. “Let me know if things change,” I said.

“Me, either,” I replied. Yet, I know now, I had already begun the process of forgetting.

The fading passion, I am certain, protects us from being locked into permanent states of grief and anger. 9/11 – as well as all the shocking events that have rocked our recent national history – arouse outrage and grief. They evoke powerful emotions and calls to action. New leaders rise and inspire us to be part of the change. The events and names remain alive if we amplify the stories. We pledge to stay engaged.

Although nineteen years have passed, 9/11 remains one of my communal “Where were you?” moments. Most of our current medical students were in grade school the day that the attacks occurred. The act of telling this story again is my way of keeping a memory of that day – and the passions it engendered in me – alive.

Lake Effect essayist Bruce Campbell is a head and neck surgeon at Froedtert Hospital and the Medical College of Wisconsin and a member of WUWM’s advisory board. You can find more of his essays on his blog at BruceCampbellMD.com. 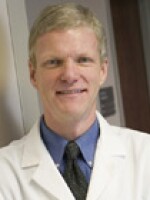