Awards were given in a variety of categories including: Investigative, Newscast, Feature, Series, Interview and Commentary. The awards cover broadcasts on WUWM News and Lake Effect.

The Associated Press presented WUWM with three awards for excellence in reporting and broadcasting in Wisconsin. This includes recognition for Stephanie Lecci's feature "Orangutans Hop on the iPad Bandwagon." View all of the AP awards.

The Wisconsin Broadcasters Association presented WUWM with eight awards for exceptional news and talk broadcasting. "Sons of Slain Sikh Leader Recall their Father and his Faith" was awarded First Place for Best Interview. View all of the WBA awards. 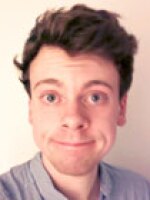