To combat welfare and food stamp fraud, states across the nation are considering various steps, including requiring photos on Electronic Benefit Transfer cards. Massachusetts and New York are the only states with photo ID programs right now, but they'll soon be joined by Maine, whose Republican governor is using his executive authority to avoid a political battle and start a similar program.

Maine Gov. Paul LePage has made rooting out fraud in the welfare and food stamp programs a top priority since his early days in office. There are roughly 224,000 active EBT cards in Maine. Some of them, says LePage, aren't being used for their intended purpose.

"Every dollar that goes to buy cigarettes, alcohol, lottery tickets, is a dollar taken away from a child, a family or other truly needy in our society," he says.

According to LePage, transaction records show that EBT cards have been used more than 3,000 times at smoke shops and more than 650 times at bars, sports pubs and strip clubs since early 2011. Democrats note that's only around two-tenths of a percentage of all EBT purchases and money withdrawals during this period.

But that's two-tenths of a percentage too much, LePage said in his State of the State address on Feb. 4.

"My proposal will prohibit TANF funds from being used for alcohol, tobacco, gambling and other — adult — entertainment," he said.

In March, LePage introduced a package of sweeping legislative changes to combat fraud in both the food stamp and Temporary Assistance for Needy Families, or TANF, programs. Democrats, who control the Maine Legislature, blocked LePage's proposals.

So in the midst of a tight re-election battle, the governor is using his executive authority to start a controversial new program to put photos on EBT cards.

Beginning in July, welfare and food stamp recipients statewide will be required to have a photo taken when they come in for the yearly re-certification of their EBT cards. Bethany Hamm, with state's Office for Family Independence, is overseeing the rollout of the program.

"We do believe that it will be a deterrent, just an additional tool to combat fraud in this program," Hamm says.

But the U.S. Department of Agriculture has warned Maine that it could lose federal funding if it goes ahead with the program.

EBT cards, Hastedt notes, belong not just to an individual, but to a household.

Hastedt says putting photos on EBT cards also forces grocery clerks to police fraud. Shelley Doak, who runs the Maine Grocers Association, says her organization has no intention of asking its members to be watchdogs.

Federal law prohibits merchants from treating EBT cards any differently than debit or credit cards. Officials with the U.S. Department of Agriculture say they'll be monitoring the Maine program as it begins officially in July. 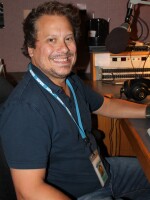 Jay Field
Jay Field is a reporter for MPBN Radio based in the network’s Bangor bureau. In his reporting for the network’s flagship program, Maine Things Considered, Field enjoys exploring how real people’s lives are impacted by the unique policy challenges, economic, education, natural resource and otherwise, that come with daily life in a rural state.
See stories by Jay Field