On Wednesday, Democratic Gov. Tony Evers announced a new effort to repeal Wisconsin’s 1849 abortion ban. He’s calling lawmakers into a special session on Oct. 4 to create a pathway for voters to overturn the law.

“When it comes to reproductive freedom, the will of the people isn’t the law of the land,” Evers said in a news briefing at the state Capitol. “But it damn well should be folks. It really should be.”

The 173-year-old law restricts abortions, unless the pregnant person’s life is at risk. It went into effect after the U.S. Supreme Court overturned federal abortion rights in June, putting a stop to legal abortions in Wisconsin.

Evers cited comments that Republican Sen. Ron Johnson made last week. Johnson said he would like to see exceptions to the ban for rape and incest, and that Wisconsin residents should shape the law by referendum. That means they would propose or reject laws by petitioning for a vote.

“I heard it directly from Senator Johnson’s mouth,” Evers said. “He said, ‘Look, let’s let the people take care of this.’ And we agree with him.”

Currently, this type of referendum isn’t possible in Wisconsin — unlike more than 20 other states, including Michigan, Illinois, and Ohio. Evers' proposal would create a new referendum process.

“I’ve had constituents ask me, ‘Hey, why can’t we do what they’re doing in Michigan?'” she said. “’Is there a way that we can vote on repealing that 1849 law? Why do we have to wait for Republicans in the legislature to do it?’”

But Republicans, who control the Legislature, denounced the plan. In a joint statement, Assembly Speaker Robin Vos and Senate Majority Leader Devin LeMahieu called it a "desperate political stunt.”

Evers is running for reelection in November against Republican challenger Tim Michels, who supports the current ban.

Polls have shown that the majority of Wisconsin residents support abortion rights.

Evers’ proposal is not specific to abortion, though that is his motivation. If passed, it would allow voters to create ballot measures on any issue.

The move comes after Republican lawmakers rejected Evers’ first call for a special session to overturn the abortion ban in June.

The 1849 law lacks clarity on when an abortion can be legally performed, making doctors fear prosecution. Some doctors are now helping Wisconsinites access abortions in neighboring states where it is still legal. 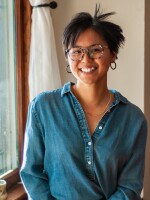