Milwaukee has the second-lowest Black homeownership rates in the country. And recently, Wells Fargo announced they will fund a $7.5 million grant from the financial institution’s Wealth Opportunity Restored Through Homeownership (WORTH) to Milwaukee. The city is the second of eight markets to receive the grant.

This use of this funding will be led by the Community Development Alliance, also known as CDA. Along with the city officials and organizations across Milwaukee, CDA will lead a new initiative to dismantle systemic barriers in homeownership for people of color.

Chief Alliance Executive of CDA Teig Whaley-Smith led a year-long investigation on the underlying causes of the housing crisis to tackle the racial inequities in homeownership in Milwaukee. Through this search, the CDA found the need for systems to be built to support 32,000 Latino and Black homeowners.

But how did Milwaukee find itself with an inequitable and broken housing system?

Whaley-Smith explains that the predominant issue at play here is predatory acquisition. In the 1950s, white families started to move out of their homes into larger ones. Instead of selling those homes to Black and Latino families, they were sold to investors that took stock of about 50% of affordable housing.

“And every year we have 17,000 Black and Latino families that are aspiring to buy $125,000 homes, but there's only about 1,500 [homes] available on the market. And about half of those are purchased by investors,” says Whaley-Smith.

According to the CDA, mending the gap in racial inequality in housing is research-based. Whaley-Smith states that stable housing can lead to a 30% lower dropout rate, a 20% employment boost, and a 20% crime reduction. He says this can be possible through investing in housing and homeownership.

“Because we have so many people that have been forced into rental situations, we have the second worst Black homeownership rate in the country. That doesn't happen by accident. That happens by a set of systems that are available to some people and not others,” says Whaley-Smith.

Wells Fargo’s grant comes shortly after facing scrutiny when Bloomberg reported having rejected half of its 2020 mortgage Black applicants, compared to the 72% of approved white applicants. Bloomberg reported that Black Americans make up only 9% of all homeowners in 2020.

“In order to… turn the page on racial equity in Milwaukee homeownership, no one entity can do it by themselves. We had 100 stakeholders participate in the collective affordable housing plan that has been approved by the city and the county and several other institutions across the area," says Whaley-Smith. "And we all have a role to play. And it's important that we all acknowledge our own personal history or business history, and the systems that are in place.”

"I think that that's something that we can each do on an individual basis is to look at who our colleagues are, to look at who our neighbors are to look at who you know, the people that we serve are, and really ask that question, are they in stable housing because the data shows that 50% of our population is not," says Whaley-Smith. "And I think together we can really change these systems. And CDA is here to support that." 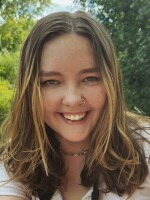