Could a molecule composed of one carbon atom and four hydrogen atoms ignite Armageddon?

We hope not, but Mr. Vladimir Putin knows he’s got what a lot of other people want, and I’m not talking about his abs! I am talking about a molecule known as methane or “nat gas” as the TV business reporters airily refer to it; natural gas to the rest of us.

Mr. Vladimir Putin is a complex man ruling a complex country. One reason he might feel so robust these days is because Russia has the world’s second highest reserves of natural gas. The United States has the most; Iran is tied with Russia; next is Canada.

"A-ha!" you’re thinking. Yes, Putin controls what other countries want-energy in the form of methane.

The five atoms of methane form a pyramid shaped molecule linked by covalent bonds; meaning the carbon and hydrogens share an electron. Methane is the simplest of all hydrocarbons-a class of compounds made up solely of carbon and hydrogen. Methane is found deep under the earth near or in petroleum reservoirs resulting from billions of years of decaying living matter. It is also found near bogs and even belching cows that produce roughly 18% of all greenhouse gases!

From petroleum, the gas can be refined or distilled to a purified state then piped thousands of miles for residential and commercial use (think Russia to Germany or the North Dakota Bakken oil fields to Louisiana, for example).

Natural methane anywhere is colorless and odorless so suppliers add a chemical to give it that sickening sulfur smell. Methane is non-toxic but will suffocate you. It combusts like crazy and can be used to drive power plants producing electricity, heat our homes, cook meals on kitchen stoves or even replace gasoline in cars and trucks. Now you know why Mr. Putin has a kind of ace up his sleeve (if he’d only wear a shirt).

The U.S. has choices for our large resource: export or draw down supplies as we need. These are big political stakes. Grudgingly, a lot of people who oppose fracking, a rough way of injecting materials into the earth to expulse petroleum and gas, are trying to figure out which is worse - fracking or importing energy supplies from unstable locations in the world.

A huge economic stake has to do with getting it overseas. An undersea pipeline isn’t possible so at a port, the methane is chilled, liquefied and pumped into large transport ships. Getting the gas to a port isn’t hard but currently, there are very few ports capable of filling and shipping fleets of tankers. However, ports are in the works in places like the Chesapeake Bay off of Maryland and in remote Kitimat, a tiny village in British Columbia.

To summarize, here’s how that little five atom molecule is throwing its molecular weight around these days. The U.S. has loads of it; Russia has loads of it; Europe doesn’t have any to speak of nor does the vast country of China. Methane could make for some strange bedfellows. As Jumping Jack Flash says, “It’s a gas, gas gas…” The crossfire hurricane may yet come.

Lake Effect Essayist Judy Steininger is a Professor Emerita at the Milwaukee School of Engineering where she has taught chemistry and literature. She currently teaches in the Great Books program. 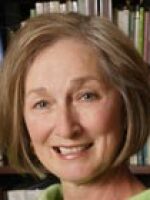 Judy Steininger
Judy Steininger is a Professor Emerita at the Milwaukee School of Engineering, where she leads the Great Books Dinner and Discussion Series. In May 2019, the Council for Wisconsin Writers awarded her an honarable mention in the Kay W. Levine Award for Short Nonfiction contest. Steininger has served as a Peace Corps volunteer in Kenya, and describes herself as a never-say-quit golfer.
See stories by Judy Steininger