Eight-hundred and eighty-eight. According to a recent study, that's how many people died from drug overdoses in Wisconsin between 2012 and 2015.

It's a problem that has been on the radar locally for some time. Data from the Centers for Disease Control and Prevention shows nearly 19,000 people around the country die from heroin and opioid overdoses every year.

That has people who work the addiction field looking for answers and ways to affect positive change. Dr. Ian Powell is an addiction specialist at Rogers Memorial Hospital. He says that unlike some addictive substances like alcohol, opioid users can find their lives deteriorating very quickly.

"With heroin addiction, things move pretty rapidly. We start to see consequences developing in weeks or months. So people typically coming to us will have histories of using heroin for a few months to a few years," says Powell.

"Sometimes health insurance is very accommodating and helpful, and sometimes we feel that they're working against us."

Sarah Ness works with Dr. Powell as a counselor for drug addicts. In her time there, she's seen how beneficial treatment can be for people addicted to opioids. "A month can make a difference. If they work hard at the program and they do well it can be a night and day difference," she says.

But it isn't always easy to get into a treatment program. Many of them have long waiting lists or they're financially inaccessible. For addicts in dire need of treatment that wait can be a death sentence.

"There's a lot of barriers to people getting into treatment. Negotiating the complexities of health insurance can be a big problem," says Powell. "Health insurance does not necessarily always support our decision to put someone in this level of care which is one of the more intense out patient treatments."

"Sometimes health insurance is very accommodating and helpful, and sometimes we feel that they're working against us," he explains.

And the controversy doesn't end once an addict gets into treatment. Programs like the one at Rogers Memorial Hospital, pair counseling with medications used to help addicts. These medications include drugs like methadone or buprenorphine, and block the effects of opiates.

But there's some pushback to the use of these medications, as many of them are addictive. Some feel that addicts are just switching one addiction for another, but Powell believes that rationale can be dangerous.

"The reality is the medications keep them alive," says Powell. "We're worried about overdoses and the fact is if a patient is on a medication that blocks the effects of the opiate... you don't die." 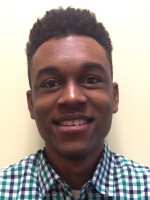