'It's All For The Sake Of Funny:' Milwaukee Comedy Festival Celebrates 13 Years

Summer is, of course, festival season in Cream City, and its funniest fest is just around the corner: the Milwaukee Comedy Festival. Now in its 13th year, its unofficial pre-kick-off event has become a tradition of its own. The event, called the Milwaukee Roast, aims to get us all laughing — at ourselves.

This year's roast returns to Club Garibaldi on July 30,  ahead of the official festival that runs Aug. 1-5. Since its debut in 2015, the idea of getting Milwaukee comedians and media professionals together to make fun of their beloved city was a hit.

"I guess the idea is making fun of something that you care about. In our case, we like Milwaukee, so what's a better way of supporting the city you love by making fun of it?" says Milwaukee Comedy Festival Founder Matt Kemple. "It’s all for the sake of funny. And that’s really what the whole week of the comedy festival is about — bringing people together to laugh. Hey, you know, we’re living in crazy times, let’s all get together and share joy in the best way possible."

The Milwaukee Roast is the brainchild of Milwaukee Record’s Tyler Maas, who has covered Milwaukee’s comedy scene extensively for years. Maas and Kemple joined WUWM's Rachel Owens to talk funny, and to share more of the spirit around the event: 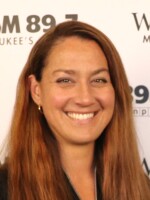