Ban The Bag? In New Zealand, But Not Wisconsin

This fall, the national supermarket chain Kroger and its Wisconsin outlets (Pick-n-Save and Metro Market) announced plans to phase out single-use plastic bags in their stores by 2025. It’s the latest in a movement to reduce the flow of single-use plastic items to landfills in this country.

Other chains, including Starbucks, are eliminating plastic straws, and some cities and other municipalities have passed more widespread bans. But perhaps none is as strong as New Zealand, which will end the use of single-use plastic bags and implements in 2019.

Lake Effect contributor Debbi McCullough is from New Zealand. She now lives in Wisconsin and was interested in how New Zealand’s federal policy differs from the market-driven approach here. In the first of a two-part series, she explores attitudes near her Waukesha County home.

In Wisconsin, Pic n' Save announced that by 2025, grocery shoppers will no longer see plastic bags as an option. That marks the first major retailer of Kroger America, Pic n' Save's parent company, to make such a move. Jim Hyland, Vice President of Communications and Public Affairs for Kroger America says the bigger hope is six billion bags a year out of landfills.

He also says it's part of a larger move by Kroger to eliminate food waste across the company and hunger within their communities. Customers ordering on-line or via a curbside pickup service, will soon see reusable bags for their groceries, part of the company’s Zero Hunger / Zero Waste initiative. Customers have received the news well, he says, but things will take a while.

"So we’re going to phase out plastic bags over time to give them plenty of time to adapt to new options," he says. "We’re taking that time because we and our customers need time to find a new and better way to do things. And we don’t want to rush them. But he says we don’t need a law to drive change. If consumers want change, such as reducing store single-use plastics, they’ll drive it."

In March 2016, Wisconsin joined six other states including Minnesota and Iowa in prohibiting local governments from regulating the commercial use of plastic bags or other containers such as cups, bottles, or other packaging. The legislation, Bill 730, doesn’t prevent any ban, tax, or fee getting placed on disposable containers. It does require that any regulation be done at the state level to ensure an even playing field across the entire state.

Big supporters of the law include the American Progressive Bag Alliance, the Metropolitan Milwaukee Association of Commerce, the Wisconsin Beverage Association and the Wisconsin Cheese Makers Association. Opponents say it’s about protecting individual rights and protecting businesses (and consumers) from absorbing any cost that comes from removing single use plastic containers.

Brendon Scholz is president and CEO of the Wisconsin Grocer’s Association, a lead supporter of the bill. He says he fully supports any grocery (or other retailer) reducing single use plastic items.

"If consumers want to do it, they’ll do it," says Scholz. "If a consumer feels concerned about plastic bags going into landfill, they’ll bring in reusable bags or move to paper. But until they do that, the only alternative is a government mandate, and there’s not a whole lot we like about a government mandate that increases costs. If stores want to do it on their own, we’re 100 percent for it. But do you need a mandate from the government? A law to enforce it? Eh. That doesn’t work so well."

Some disagree, including Cheryl Nenn, riverkeeper with Milwaukee River Keeper, a non-profit group monitoring water quality and river clean up in Southeast Wisconsin. She sees plastics (including bags) as one of the major pollutants and Milwaukee's rivers and in Lake Michigan. In their Adopt-a-River trash collection totals for 2018, plastics accounted for around 28 percent of the trash collected.

"It’s a huge problem in our neighborhoods," she says. "It’s unsightly. It’s breaking down and getting into our wildlife. From our perspective, enacting a ban against a plastics ban is perpetuating a problem and not helping us solve a problem."

Despite the law, Nenn hopes Wisconsin might move in ways cities like Washington DC have done where they don’t mandate a ban. Instead, they enact a 5-cent fee for using plastic bags. Or, the state could follow California’s move to offer a compostable reusable bag (or recyclable paper bag) and charge 10 cents for that. A more aggressive state-wide plastics recycling program — like we see in New York and Maine — could also help reduce plastic pollutants, she says. 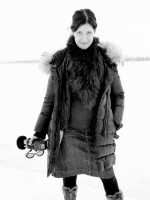