The Milwaukee County Parks system is a rich, county-wide resource for outdoor recreation. Since its consolidation with the city park system nearly 85 years ago, generations of Milwaukeeans have looked to the parks as a place to unwind and feel refreshed.

Most of the parks system’s development took place during just a few years of rapid expansion that was thrust into motion by a time of severe economic turmoil: the Great Depression.

For this week's Bubbler Talk, listener Maureen Daly wanted to know how the parks system developed during that time, and whether similar economic circumstances today could spur a revival of parks development projects.

In comparison to the Great Depression, Daly reflected on people's situations during COVID-19 and asked herself some questions.

“I thought of this [parks system’s development] because we were in shutdown for COVID, and lots of people were losing jobs. I thought, 'Wow, how did [the WPA projects] work then? Who was employed to construct all of this?'”

To answer this first question, WUWM met with Milwaukee County Parks executive director Guy Smith at the entrance of the Seven Bridges trail in Grant Park in South Milwaukee.

There were two major federal employment projects of the 1930s: the Civilian Conservation Corps and the Works Progress Administration. Smith said nearly every one of the county's 157 parks over 15,300 acres were somehow touched by the WPA.

“There were so many things that the crews did, between the trail work, to doing sewer infrastructure, to planting trees. Lots of investments in the parks in the ‘30s," Smith said. "But what really happened was this growth. Because there were so many people obviously looking for jobs and the parks were an obvious choice to get people working.”

According to Howard's recollections, the Parks Commission had already drafted plans for a county-wide park system before the Depression. Once it struck, many landowners forfeited property they could no longer afford to the city, and the creation of the CCC and WPA became the catalysts for bringing years of planning into reality.

Five camps of approximately 200 men were invited by the Parks Commission in the spring of 1933. These camps employed both Black and white men, unlike those in northern Wisconsin, and the impact of their labor was immediate.

In Grant Park, WPA projects were responsible for installing retaining walls and two jetties out into Lake Michigan. However, the signature project from the WPA days are the Lannon stone steps found in nearly every Milwaukee County park.

“These are kind of like the standard Lannon stone steps that you’re gonna see throughout our system,” said Smith. “Think about how difficult that was to get those in here. It’s kind of wild.”

Given the significant circumstances that gave rise to the park system, WUWM asked Guy a simple question: Who benefits from the parks?

“Well, we all do. I tell people we have such a unique park system...the fact that we have rural, suburban and urban all in one, but [then] there’s the physical health and wellness, [and] for mental health," Smith said. "During the pandemic, there’s certain trail segments that we had a bump in use by 140% or more. So, I think it’s renewed people’s interest in parks.”

And so long as people continue to enjoy these parks, that will show that the work performed during a struggling economy can still produce a lasting, positive impact.

Have a question you'd like WUWM to answer? Submit your query below. 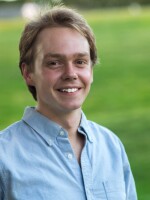