While Wisconsin sports fans may be reeling from the Bucks' tough loss in the Eastern Conference Finals, Lake Effect sports contributor Shaun Ranft says fans should take solace in what was an extraordinary season by all accounts.

While Ranft acknowledges the Bucks face some important roster decisions in the offseason, he dismisses the concerns of national pundits, many of whom claim the Bucks need another star player to support Giannis Antetokounmpo. "It sucks," Ranft says on the end of the Bucks' season, "but it wasn't a failure of a season ... They have a new arena, and Giannis is arguably the best player in basketball, so they're going to be fine."

Bucks fans in search of something to distract them from the NBA Finals can switch to baseball for some diversion, as the Brewers battle atop the NL Central.

The baseball season is long (162 games to be exact), so ups and downs are inevitable. Despite struggles and injuries from many of their young pitchers, Ranft says the Brewers have put together a solid start to the season, and will soon be returning some previously injured pitchers to their lineup. While the Brewers declined to pursue star free agent pitchers Craig Kimbrel or Dallas Keuchel, their offseason moves include signing catcher Yasmani Grandal to a one-year contract. Ranft says, "signing Grandal was a no brainer for teams that were trying to contend," and positions the Brewers for success this year.

As for the Packers, "the biggest thing, and this is becoming more and more of a question every season, is the health of Aaron Rodgers," notes Ranft. He sees very few positive takeaways from the Packers' last season, but many fans are excited for new head coach Matt LaFleur to lead the team in a new direction. 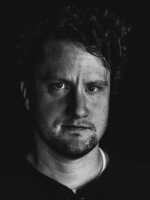 Shaun Ranft
Shaun Ranft is a writer living in Milwaukee, Wis. He wrote for and managed the online sports publication The Sports Post, and is a sports contributor for Lake Effect. However, now that the sports website came to an end, Ranft is getting back to his more creative writing side as a poetry contributor. When he isn't at his day job, Ranft finds time each day to scribble something down and eventually workshop it into a poem.
See stories by Shaun Ranft
Go to Lake Effect's homepage